With the holidays ending and the new year starting, a vacation may not be the first thing on your mind right now. That may change when you hear about Disney’s new attractions coming in 2016.

Are your kids a fan of Disney’s Frozen? Then they are going to love Epcot’s expansion of Norway into a Frozen’s new meet and greet boat ride attraction! The Frozen Ever After boat ride will thrust guests into the world of Arendelle and allow them to experience different scenes from the popular film. Guests will even be able to go meet Anna and Elsa at the Royal Sommerhaus cabin that will be inspired by Norwegian culture. Both attractions are expected in spring of 2016. 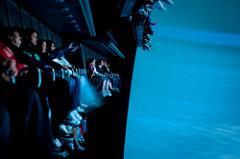 Also coming to Epcot in spring 2016, more specifically to the attraction Soarin’, is a third theater and new 4K projection system. It won’t be just Soarin’ for long though: coming soon is Soarin’ Around the World. This new ride experience will take guests to some of the world’s most unique landmarks such as the Great Wall of China, the plains of Africa, and Monument valley, so buckle up!

Have you seen the new Star Wars? How would you like to experience it up close? Disney’s latest announcement of their 14-acre Star Wars Land should have you extremely excited. Although finishing dates are unknown, work is beginning this year on the park’s biggest ever themed land. One expected signature attraction will be a battle between the First Order and the Resistance. Another will put guests at the helm of the Millennium Falcon on a customized secret mission. Although not too much is yet known about the details of the attraction, it’s worth keeping up on your radar.

Finally, something exciting for the whole family is the delicious cuisine at modern steakhouse STK. Sometime this spring at The Landing in Downtown Disney STK will open one of its largest locations in the country with over 14,000 square feet and two dining floors including a main level and rooftop dining. Yum!

If any of this sounds like it’d make your Disney Vacation one to remember, then don’t forget: DVC Land can make it easy for you! Visit our site to learn more about making 2016 the year of your most memorable Disney vacation yet.